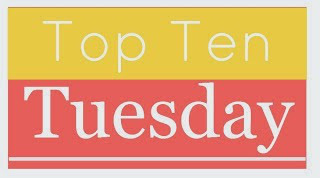 Hey everyone! By the time this is published it will probably be Wednesday, but hey, what can you do? I have an exciting few days coming up, what with going to Amsterdam this weekend for my mum’s birthday and seeing Sarah J Maas in Glasgow on Tuesday, I can’t wait for both those things. As always, I’m here with another Top Ten Tuesday (courtesy of the lovely ladies at The Broke and The Bookish) and this week’s topic is All About Villains. We could chose our own villain related topic, so I’ve chosen my Top Ten TV Villains and here they are:

I know we all just want to know who the hell this current incantation of A is and we’re pretty sick and tired of having the same old story “Who is A?” recycled over and over again, but A is a pretty great villain and has done some very despicable things to the poor Liars!

Okay, so part of my love of Kilgrave comes from the fact that he’s played by David Tennant, but he is an incredible villain, the fact that his violence is all subliminal, he doesn’t physically abuse any of his victims, it’s all mental abuse, makes him all the more scary.

Okay so Regina may play for the hero team now, but she was a pretty awesome villain back when she was one.

I love Moriarty because it’s great to see Sherlock bounce of someone who is of equal intelligence to him, but uses his intelligence for nefarious means. What can I say, I love a super intelligent bad boy!

I love Morgana because although by the end of the series, she is a villain, I really did feel for her because I never felt she was truly evil, she was just fighting against a world that she felt had wronged her (which I don’t blame her for, considering Uther’s position on magic).

6. Mr Gold/Rumplestiltskin-Once Upon A Time

Rumple switches a lot, sometimes he’s good, sometimes he’s bad, but I would still definitely consider him a villain, he’s usually only good when it’s in his best interest to do so, he was The Dark One for a long time and I think in his heart he’s definitely a villain. However he does have a sweet side (especially when with Belle) and I don’t think he’s wholly bad. Plus I love a good, complex character and Rumple is nothing if not complicated.

Wilhelmina is just awesome, she’s smart, ambitious, funny, good at her job and I love her frenemy relationship with Daniel. She’s maybe not as big of a villain as some of the others on this list but she acts as the foil for Daniel and Betty in the show, and she does some truly despicable things (like stealing a dead man’s sperm) to earn her place on this list.

Whilst Petra is less villainous now than she was in the first season of Jane The Virgin, she definitely still has a scheming streak!

They are so creepy! I watched their episodes through my hands because I’m so scared of them. Forget The Master, the Daleks, the Cybermen, these are the most scary Dr Who villains to me.

Yes, I could have gone for the Sheriff but as his right hand man, Gisbourne is just as despicable.

That’s all for this week (I know, I’m not doing too bad at this whole keeping to ten thing!). What villain related topic did you choose? Do you like any of the villains on my list? Let me know in the comments! Next week’s topic is all about books you’ve read because of recommendation, so I’m going to do Top Ten Books That Are On My TBR Because of Blogger Recommendations (yes I know I’m going with going to read rather than have read,  but it’s hard for me to think of books I’ve read based off recommendations!). In the meantime however, I’m hoping to get a new discussion post up either tomorrow or Thursday, so stay tuned for that.