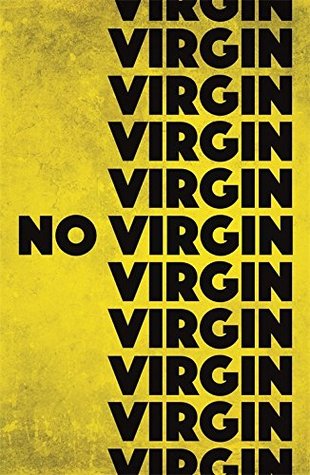 I received this book for free from Netgalley, as usual, this in no way affected my opinion of the book.

As always, thank you to Netgalley and Hot Key Books for giving me the chance to read this book.

I think after reading Asking For It earlier this year, which was on a similar topic, this book felt a little disappointing. It had a strong premise but I didn’t feel that it lived up to it.

The writing wasn’t all that great, it was very simplistic and not that engaging and the plot especially at the beginning was very slow. I get that we needed the backstory of what happened to Stacey that got her into the situation where she got raped, but I would have rather seen more of the aftermath and how Stacey was affected by it rather than the lead up, especially since I thought the second half of the book (which dealt with the aftermath), was much better than the first.

I also wasn’t the biggest fan of Stacey, she seemed incredibly immature and naïve and I didn’t love how jealous she was of her friend Patrice (every time  I saw her name, I thought “Nobody asked you Patrice!”, I suppose that’s what happens when you’re a HIMYM fan!) hanging out with other people, she seemed like she was a very clingy friend, it almost seemed as if she liked her as more than a friend but maybe I was reading too much into it.

I loved the UK setting, all the stuff about exams and university and everything was very relatable to me, since it wasn’t that long ago that I was doing the whole exam and university thing so I really enjoyed that aspect of the book.

Harry was such a sleazy guy, I don’t know if it’s because we know what happened to Stacey when we’re introduced to Harry, so my judgement was clouded against him, but from the start something feels very off about him. He’s far too nice to a girl that he just met and Stacey shouldn’t have trusted him so easily (though obviously what happened was not her fault).

I appreciated that the actual rape scene was not too detailed and not gratuitous, it was very difficult to read, I felt almost physically sick reading it but not because it was overly detailed, just because it was a horrible situation that Stacey was put in and despite the fact that I didn’t love Stacey as a character and did think she was naïve to trust Harry, I felt horrible that she went through that. I was actually quite surprised at how the rape happened (and who it was that raped her as I wasn’t expecting it) but that just made it even worse.

The way that Anne Cassidy showed white male privilege and class privilege in this was very well done and I think this story is particularly apt for this time, considering the backdrop of the whole Stanford rape case, it seemed like this story had been somewhat inspired by that. It made me so angry that Stacey was likely not to be believed because she’s from a poor neighbourhood of London and her rapist is from a more well off area, it made me so angry that just because her rapist was a rich , white male, he was more likely to be believed than she was and the fact that this is the way things happen in real life, made me even more angry.

I liked how everything came kind of full circle at the end with the first and last lines being the same, I really liked that, but I felt the end was incredibly anti-climactic, I wanted more resolution. I understand that rape cases usually don’t get resolved and the rapists aren’t always brought to justice, but I felt that the end was a little too abrupt.

Overall, this wasn’t a bad little book, but I felt like the topic could have been handled better, the plot was a little messy, the writing not entirely great and the end incredibly anti-climactic.

My next review will be of the second book in the Magnus Chase series, The Hammer of Thor.