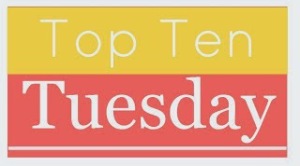 Hi everyone! I hope you’ve all had a good week, I’m back from France now and the work for my exams has truly begun. I had one today, which I think went okay (absolutely no idea) but I still have another one next week, so can’t relax just yet! Anyway, I’m back this week courtesy of the lovely ladies over at The Broke and The Bookish, with another Top Ten Tuesday. As last week we shared our bookish loves, this week, we’ll be sharing our bookish pet peeves, with our Top Ten Things That Will Make Us Instantly Not Want To Read A Book. I went way over last week and I’m sure this week will not change that, as I have a lot of bookish pet peeves. So here we go, the things I hate that will make me not want to read a book:

That’s all I have this week! I know I went over, but I figured, I went over for last week’s list, I should for this week’s too. There’s probably more bookish turn offs for me that I haven’t even thought of! Do any of these things turn you away from a book? What are your biggest bookish pet peeves? Let me know in the comments!

Next week’s topic is a cover themed freebie, not entirely sure what I’m going to do for that, but I guess you’ll find out next week! In the meantime, I will finally be getting you an April discussion post, I promise it will be up by the end of the month!