Hi everyone! I hope you’ve all had a good week since I last did one of these, I’ve been up in Stirling for the past week, I’ve not really been doing anything but it’s been so nice to have a change of scenery!

Anyway, since it’s Tuesday, I have a Top Ten Tuesday for you all, courtesy of Jana at That Artsy Reader Girl. This week is our annual Halloween freebie, the bane of my existence because after five years of Halloween topics, it’s very difficult to come up with new ideas! Still I did manage to come up with one, I’ll be sharing my Top Ten Spooky Book Covers:

Everyone remember the great Book Snake trend which seemed to be everywhere last year. Well this is one of those. Honestly I still don’t really know what the snake had to do with the book even after reading it, but the colours and the snake definitely make it a spooky cover!

Maybe I’ve watched too much Pretty Little Liars, but dolls are definitely super creepy, especially the ones on this cover! I’m not usually a horror fan but this story about sadistic dolls who convince people to do terrible things was definitely creepy in a great way. 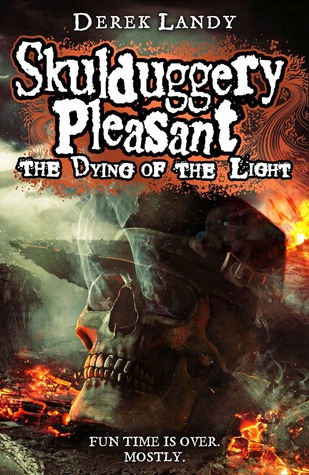 I’ve used the final book cover as an example here, but the entire series has spooky covers given that one of the main characters is a walking, talking, magical skeleton!

I mean what isn’t spooky about this cover? The minimalist effects work very well, your attention is immediately drawn to the hand in the flames! It’s not my favourite book ever, but if you’re wanting a creepy little haunted house story for Halloween then this one might do the trick. 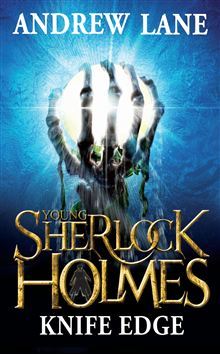 I was so sad that they changed the covers on these books because these original ones were so much better than the weird stock image covers they changed them to! The cover of this one with the skeletal hand is definitely very spooky, and the book lives up to it: Sherlock is based in an old manor house in Ireland and investigating a psychic, so there’s a lot of seances and communicating with the dead and murders of course!

The dark background with the pop of colour works really well, and the small glimpses of a human face within the DNA helix definitely adds the creep factor to this cover. The book itself is probably one of the most chilling I’ve ever read, a world where children can be signed away by their parents to be literally torn apart.

This is probably my favourite of all of Schwab’s comic covers, the skeletal hand with the mechanical heart would be fitting for a horror story, though of course that’s not what this is! I still need to get around to reading the rest of The Steel Prince comics, I’ve only read the first four, though I have all of them!

I’m not sure this cover does justice to some of the truly horrifying things that happen in this book, but it’s not as if you could put a human dissection on the cover! The little drops of blood alongside the scalpel and the minimalist effects make the cover quite effective though, hinting at the gore inside the book.

I’ll admit, being more than halfway through this book, I don’t think it lives up to its spooky cover! Still the cover certainly creates an atmosphere, with the mist and the tress and the road to nowhere.

The UK cover definitely feels more spooky than the US one, at least to me! The old gilded mirror, the smoke, the black and white colours, definitely highlight that this is going to be a spooky tale. I haven’t actually read this one yet, but I’m looking forward to it.

I’ll be back next week with another Top Ten Tuesday. We’re supposed to be talking Non-Bookish Hobbies, but honestly I don’t have all that many hobbies? I might still do it, but I may come up with another topic if I can’t think of much to say!