Hi everyone! It’s slightly unusual for it to be April and me to be doing my first TBR challenge update of the year, but then nothing about this year has exactly been usual now has it? I did intend to keep up to date with these whilst I was away in Cape Town, but I just didn’t have the time/the internet, to be able to. So instead, you guys get a super chunky update of everything that I’ve read in the past few months! I’m going to do slightly longer thoughts on the books I’ve read as I don’t have reviews for them, so this is kind of going to act as a mini review round up as well.

Anyway, for everyone who isn’t familiar, the #RockMyTBR Challenge is a challenge originally started by Sarah K at The YA Book Traveler, which I’ve kind of taken for myself over the last few years. The aim of the challenge is pretty simple: you take a list of books from your TBR (I always do 12, one for each month of the year) and read them over the course of a year. I usually do one of these updates each month to keep you guys posted on what I’ve been reading, but I didn’t do any whilst I was in South Africa from January-March, so this is going to act as a reading roundup for the last three months. In that time, I read 10 books, which is pretty decent for me: 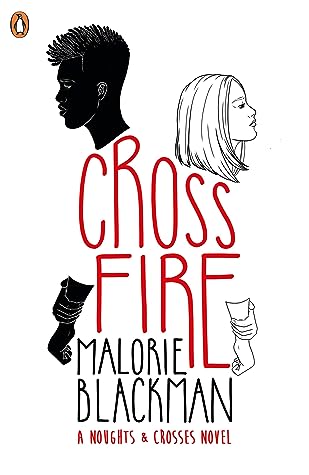 I was really excited for this one, as the Noughts and Crosses series was one of my favourites when I was a kid, but I didn’t enjoy it as much as I’d hoped. Potentially that’s just me now being a lot older than I was when I first read Noughts and Crosses, but I felt like it just didn’t have the same emotional impact as the other books in the series. I also wasn’t a massive fan of the new protagonists, Libby and Troy, though I did enjoy catching up with Sephy and Callie Rose. Still, it was a fast read, and it left off in an exciting place, so I hope there’s a sequel. I read this one from 30th December-9th January. 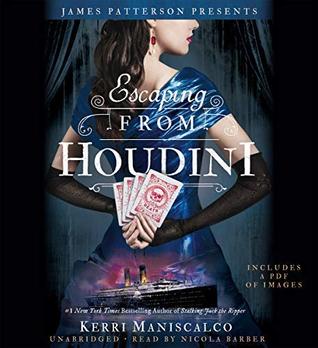 Escaping From Houdini (Stalking Jack The Ripper #3) by Keri Maniscalco:

This was definitely my favourite of the Stalking Jack The Ripper series! I loved the setting of the cruise ship and I thought the murders were really creative, whilst not be overcomplicated like the ones in Hunting Prince Dracula. It’s probably not too much of a surprise that this was my favourite book, as it features a travelling carnival and I’m trash for circus/carnival stories. I read this one from 6th-16th January. I highly recommend doing the audiobooks for this series, I read them in that format for books 2-4 and the narrator, Nicola Barber is brilliant! 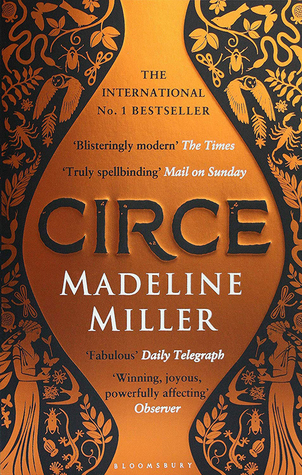 This one was my January #RockMyTBR read. I’m a massive Greek mythology nerd, so we probably all could have predicted that this would be a great one for me right? As expected, I really loved this one, Madeline Miller has such a beautiful writing style and I love how she interwove all of these other Greek myths within Circe’s story. It felt like a really timely examination of women and power as well. I read this one from 9th-25th January. 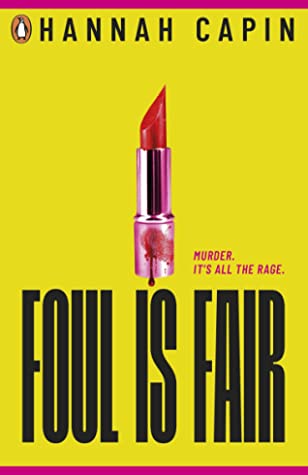 Foul is Fair by Hannah Capin:

I was really excited for this one, but I found it such a letdown. It was trying to do the same thing that Circe did, I think, look at women reclaiming their power after being abused by men but I don’t think it did it as well. I appreciated that Capin allowed Jade to be angry and I definitely think there’s more room for that in fiction, and I loved the idea of a Macbeth retelling, but I just didn’t think it was executed all that well. I didn’t love the writing style and I felt like all the characters were kind of flat. I read this one from 6th January-1st February (on and off).

BECHDEL TEST: FAIL-All the girls conversations revolve around their revenge plot on the boys. 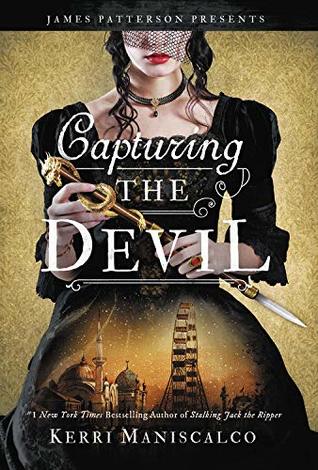 Capturing The Devil (Stalking Jack The Ripper #4) by Keri Maniscalco:

And so we go from my favourite book in the SJTR series, to my least favourite. I had really high hopes for this one and definitely ended up disappointed. The mystery could have been good, but the author spent far too much time focusing on the romance between Audrey Rose and Thomas that everything else kind of got lost. The mystery ended up being rushed and it didn’t feel like the satisfying conclusion to this series that I wanted as I spent most of my time being frustrated at both Audrey Rose and Thomas! I read this one from 18th January-5th February.

BECHDEL TEST: FAIL-All of Audrey Rose’s conversations with other women revolve around Thomas. 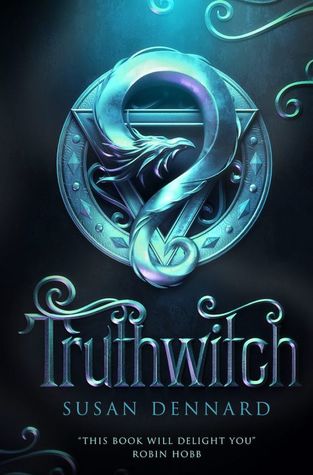 I’ve been really wanting to try a Susan Dennard book after loving her social media for the past few months, and Truthwitch did not disappoint! I really loved the characters and the world, though I did find some of the world-building a little confusing. The plot did feel a little slow paced at times, but on the whole, I really enjoyed it and am looking forward to reading the sequel soon. I read this one from 25th January-14th February.

BECHDEL TEST: PASS-Iseult and her mother discuss her escape. 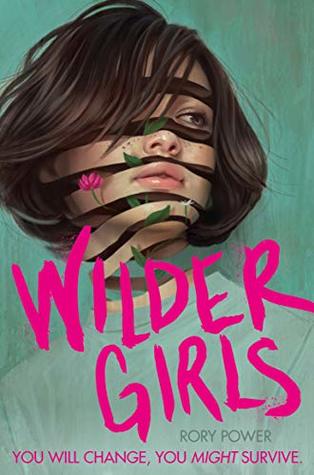 I reckon this one was more a case of wrong book, wrong reader. I liked the concept of this, but I’ve never really been much of a horror reader, so I did find parts of it incredibly gross. It was also kind of slow paced and dull for most of the book, we barely know what’s happening and then when we do find out, it’s cut off abruptly. This had the potential to be a great story, but it just didn’t quite live up to that potential, at least for me. I read this one from 22nd January-23rd February. 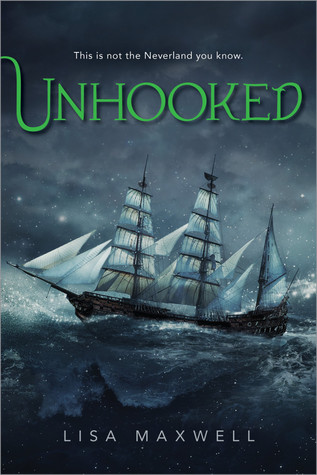 This was my February #RockMyTBR read. Again, we had a great concept, not so great execution, it seems to be a theme so far this year. I loved the idea of a Peter Pan/Captain Hook retelling, but in practice, I didn’t love this book. It TOOK ME SO LONG TO READ and it wasn’t even that long of a book! It was so slow paced, and I can’t say I really LOVED any of the characters. It got better towards the end, but still kind of disappointing. I read this one from 15th February-8th March.

BECHDEL TEST: PASS: Olivia and Gwen have a brief conversation about Gwen’s mother.

The inside of this one was definitely as beautiful as its cover! It’s a Hunchback of Notre Dame retelling, and though I’m not really familiar with the original story (only the Disney movie), I loved what Thorley did with it. It was such a unique world (kind of arctic tundra like) and concept. I really enjoyed the world building and the characters and though it was maybe a tad slow to start, when it got going, it really got going! I can’t wait to see what happens in the sequel. I read this from 10th February-15th March.

BECHDEL TEST: PASS-Enebish, Inkar and Oyunna talk about their faith.

Spin The Dawn by Elizabeth Lim:

And finally my most recent read. This was my #RockMyTBR read for March. Again, I loved the idea but in practice, it wasn’t executed as well as it could have been. It felt like two story ideas combined into one and neither was developed to the extent that it should have been. I read this one from 8th March-1st April. I actually do have a review for this one, so you can check out more of my thoughts here:

BECHDEL TEST: PASS-Maia and Lady Sarnai talk about the dresses.

So that’s everything that I read from January-March of this year, here’s what I have coming up in April:

The City of Brass-S.A. Chakraborty

This was originally going to be my June #RockMyTBR read, but I switched it with The Gilded Wolves, as Brittany from my Goodreads book group (YA Addicted Book Club) picked it for me to read this month as part of our monthly Pick It For Me. I’m really excited for this one, it sounds so good and I’ve heard such good things about it from so many people.

The King of Crows (The Diviners #4)-Libba Bray

I’ve been slowly making my way through this since February, and I’m very nearly done, I’ve got about two hours left on the audiobook! I’ve had mixed feelings about this one, there’s things I’ve really loved and things I haven’t so much, it wasn’t quite what I was expecting from the last book in this series. Still, I’m getting excited about the way things are turning out.

This is my current Netgalley read, I’ve only got about 9 chapters left so I should have finished it soon. I’m not really sure how to feel about this one, I like the idea and I usually love portal fantasies, but I’ve found this one a bit….dull? I don’t know, we’ll see how the rest of the book goes.

The YA Addicted Book Club have chosen this as our monthly read for April, and I’m really excited because I’ve never read any Neil Gaiman before. I watched the film of this a while back, but I’ll be interested to see what the book is like.

Like I said above, I really enjoyed Truthwitch when I read it back in February and as Coraline is a very short book, I should be able to get to the audio of this before the month is over. I’ll be interested to see where Safi, Iseult, Merik and Aeduan go on their adventures next.

I love Elizabeth Wein’s historical fiction, so I’m really excited that I got approved for her new one on Netgalley. I’m hoping I’ll love this one just as much as Code Name Verity.

What has everyone else been reading in the last few months? How has your Goodreads Challenge been going? I’m 4 books ahead of schedule on mine, so I’m really happy with that. What books are you looking forward to this year? Let me know in the comments!