Hi everyone! For this month’s Book Vs Movie, I’m going to be talking about The Princess Diaries, arguably Meg Cabot’s most famous series, which was made into an equally well known movie starring Anne Hathaway and Julie Andrews. I actually saw the film long before I read the book, so that was my first impression of those characters rather than the book. 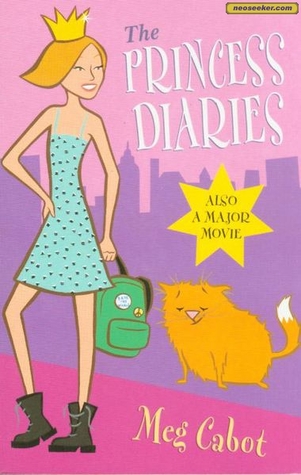 I actually can’t remember how old I was when I read these books, I know that they were my sister’s and I borrowed them from her, I think I was about 14/15, so roughly the same age as Mia is in this book. I obviously had the film in mind when I read this and they’re quite different beasts, Mia from the book is more spoiled, Lily is just plain awful, Grandmere (Clarisse) is definitely much harsher and it’s harder to see why Lily and Mia are friends, because whilst Lily in the film is kind of overbearing, she’s not as plain mean as Lily from the books. I’ve also never been a massive fan of diary entries as a form of storytelling, so I wasn’t massively keen on that. Having said that, I clearly did enjoy the books because I read all of them, they were quite funny and short and easy to read. 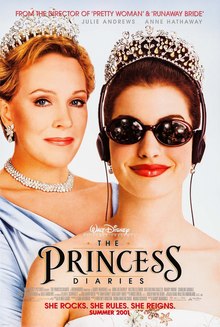 Don’t get me wrong, there are a lot of differences between the book and the movie, but in this case, I actually liked that. Movie Mia still has the same spirit as Book Mia, but I found her a whole lot less irritating and Grandmere is a lot nicer and they have a much better relationship in the film. I thought the cast for this was great, and I think it’s another one of those cases where the story worked better for me in film format than it did in the books.

Movie! I liked the book, but I found the movie a whole lot more fun.

That’s it for this month’s Book Vs Movie, I will be back next month with another post, this time talking about the book and film versions of Divergent.

4 thoughts on “Book Vs Movie: The Princess Diaries”