Hey guys! I’m back with a new Wishlist Wednesday post for you guys this week! The great thing about this feature is that I never run out material with my ever expanding TBR list! The book I chose to talk about for this week’s Wishlist Wednesday is one that I added a while ago, I can’t remember exactly why I added it, I probably saw it over on someone else’s blog and thought it sounded interesting so I added it to my TBR. It’s not going to be released until November, but I will definitely be reading it when it is! 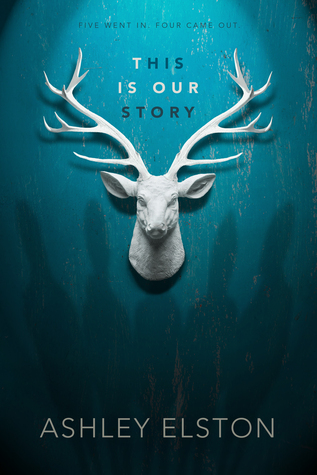 No one knows what happened that morning at River Point. Five boys went hunting. Four came back. The boys won’t say who fired the shot that killed their friend; the evidence shows it could have been any one of them.

Kate Marino’s senior year internship at the District Attorney’s Office isn’t exactly glamorous—more like an excuse to leave school early that looks good on college applications. Then the DA hands her boss, Mr. Stone, the biggest case her small town of Belle Terre has ever seen. The River Point Boys are all anyone can talk about. Despite their damning toxicology reports the morning of the accident, the DA wants the boys’ case swept under the rug. He owes his political office to their powerful families.

Kate won’t let that happen. Digging up secrets without revealing her own is a dangerous line to walk; Kate has her own reasons for seeking justice for Grant. As she and Stone investigate—the ageing prosecutor relying on Kate to see and hear what he cannot—she realizes that nothing about the case—or the boys—is what it seems. Grant wasn’t who she thought he was, and neither is Stone’s prime suspect. As Kate gets dangerously close to the truth, it becomes clear that the early morning accident might not have been an accident at all—and if Kate doesn’t uncover the true killer, more than one life could be on the line…including her own.

This sounds really intriguing! I haven’t read a good mystery in a while and since my reading is mostly made up of fantasy and dystopia, it’s good to find a book outside of my usual genres that I’m excited about. It sounds like it’s going to be an exciting book to read and I’m hoping that this book will be just as twisted and messed up as Dangerous Girls was since that was completely mindblowing! I’ve never read anything by Ashley Elston before, so hopefully this will be a good introduction to her work!

I will hopefully have another Wishlist Wednesday post for you next week, but in the meantime, I will have a new Thursday Quotables post for you tomorrow, so make sure to check that out.